This week is a week I d been looking forward to for quite sometime, and for quite a few reasons. Where to start? Well firstly I have a whole 8 days off work! Fantastic, what could be better no work, no meetings, no late finishes, or early starts (apart from getting up with the kids) just quality family time. Don't get me wrong, I like and enjoy my job but everyone needs a break at times and in the past I've been guilty of being on holiday but still working at home, but not in this case this is a 100% break.

So aside from that obvious reason why else have I been looking forward to this week for so long? Well, in fact it all started in November 2010. One of my favourite Bands had reformed, Blink 182. I had seen them earlier in the summer at Leeds festival, it was then announced that they would be touring the UK, do naturally as I always do when tickets went on sale I bought some, the ticket was originally for June 2011 but a few months before the gig the band postponed the gig as there album wouldn't be ready in time and only wanted to tour with a new album, fair does I can wait, it'll be awesome. 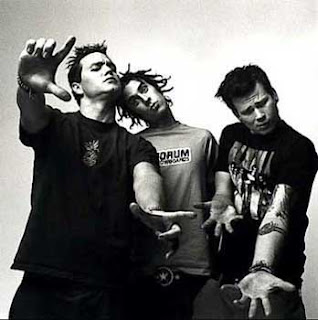 The day of the Blink 182 gig the Olympic torch goes by our house too. Now being a keen sports fan and working in the fitness industry this is something I really want to take my kids along to as I am well aware that this is a lifetime opportunity, it definitely won't happen again in my lifetime and probably not in my daughters, is the fact it passes our house is great and something we will definitely see before heading north. I only wish I was lucky enough to run with it myself, big I'm not so seeing it will be great in its own right.

Little did I know however how the rescheduled show would be joined with other events in the week. In October 2011 it was announced that the Red Hot Chilli Peppers would play in Sunderland on Sunday 24th June. At the time I thought great, nice easy present for the OH, I like them but she loves them do there's a Christmas present and well go together, as well as many of my good school friends going it'll be a good day out. 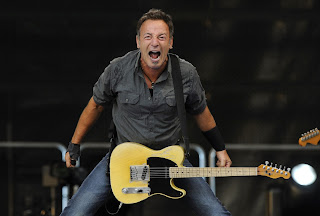 Then in November the big announcement came that took this week from being a great week off to being and epic, spectacular, one if the best weeks of my life event, to join seeing Blink 182 and the Chilli Peppers, on Thursday 21st June at Sunderland none other than The Boss, Bruce Springsteen is playing. My mam bought me tickets for Christmas, and since this was announced I've been counting down the weeks the days and into hours now. I've already seen the Boss live once and it was the best gig I've been too, I can't wait it's gonna awesome.

I guess what's best as well is free childcare and accommodation this is all happening in my native north raft do we are travelling up and staying at my mams, she gets time with the grab kids and me and OH get time together and I also get time with my mates. It's all a win win.

So to quote the awesome Barney Stinson, this week is gonna be Legendary.....