Last week was quite a lovely week. Recently I feel as a family we have tried make a more conscious effort in going out and doing things together, spending more quality time together and creating some happy memories, with also the side bonus of taking lots of pictures.

It is obviously hard to balance work life with family life, that I am sure many people can sympathise with. But recently on my days off we've seem to do more and be more active rather than just lounge around the house.

The other day we went swimming together. Usually not an activity I enjoy as I can't swim, but taking the kids to the kiddie pool isn't too bad. ER particularly enjoys swimming, especially at my work place due to the giant yellow duck slide she can slide down. This particular visit was the youngest TV, who is only 2 months old, first visit to the swimming pool, which she seemed to enjoy, no tears, no sad face, unlike bath time she just sat with mummy and daddy taking it all in, probably jealous her sister could go down the kids and she couldn't. 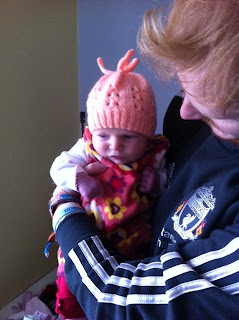 This trip was followed up by me and my girlfriend going out on a date night, our first since TV was born. We went to a nice restaurant, instead of some family friendly pub/cafe, had some grown up conversation and grown up food and not have to bribe anyone with desert or the naughty step ( I nearly had to send OH to the naughty step though for not finishing her veg!) before we slowly made our way home via our new favourite blues cafe bar we managed to stumble on.

The next day saw a visit from Nana, which allowed us to go shopping and Nana distract the children. ER was quite excited as she got to buy some pink shoes with lights in them, I was excited as I got to buy Goldeneye on the PS3 ( I'm a big kid really) whilst Nana wanted to know what ER wanted for her birthday, her reply was, "a baby brother!"

This obviously caused me and mummy shock at first and then laugh with the reply that she should of asked earlier, but pointed out it wasn't going to happen on the count that she's just got a baby sister. She would later go on to say how much she likes being a big sister and now wants a brother as well as her little sister, I know how cute but at the same time scary. I think now she has stopped hoping for a baby brother within the next 2 weeks and instead set her heart on getting some train track and a kitchen set for her birthday, but I wouldn't be surprised if she asked where her brother was on her birthday. 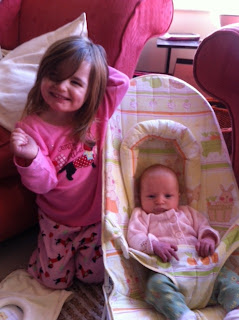 And as for how has Goldeneye been going? Well lets just say that mummy isn't too good, even though she enjoys the game, I have to let her win sometimes but it's great to have her enjoy playing on the Playstation, I just hope she doesn't start hogging it now.....
Posted by Dales84 at 09:55