This isn't the post I originally set out to write, I want to write about how proud I have been of the job this country has done and about how proud I am of being British. The whole worlds eyes have been on us not just for these past 2 weeks, but the past 6 years since the games were awarded to us. They've been waiting, eagerly at times for us to fail, or for something to go wrong for these games. Whether it be stadia not fully built, security concerns, or a poor showing from the home team in the medal table. But once again and like many times in the past this proud nation has risen up, worked hard and done our job. 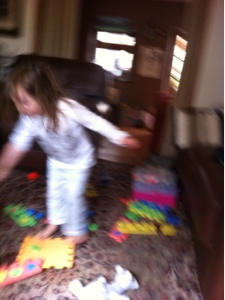 This is shown in the 1,000's of volunteers who have gave their free time to the games, many I know aren't in fact British but have came from far afield to be part of our games. As a nation we've cheered on, not just our own athletes but athletes from all nations and have been able to bask in the glory of some stunning displays of greatness. Our home grown athletes have done themselves rightfully proud and will go down in the history of British sport as well deserved custodians of legacy. It initially seems that the motto of the games, "Inspire a generation" is well at work, but we need to keep building and working on the momentum  that these games have generated.

For me the hard work starts now, the games have been and after the Paralympics gone. The stadia is still here but many will be scaled down. Memories will be shared and stories of where were you when will be shared and passed, but it would be easy to say we've done well now lets just continue. If we want to truly inspire a generation then key descions have to be made from the top down. It's easy for politicians from both parties to argue and bicker saying that we need to invest in this aspect of sport and we need to do this, but as with many key topics the politicians need to put their point scoring with the public to one side and truly decide what is in the best interests of this country.

Sport to me is important, I won't hide that fact. I have studied sport and fitness is my profession, so to give a balanced argument is hard. But lets look at what the Olympics has done for us. Now I'm not saying the Olympics is the reason why we've finally got some good weather, but the Olympics has firstly made the 9 o'clock news a lot more bearable, it hasn't been all doom and gloom and about corrupt politicians or greedy bankers whose economic incapability is scary. Instead it has been about how people have been enjoying sporting greatness and been inspired to give sport a go themselves. Now that is what Pierre De Coubertin wanted the Olympics to do over a 100 years ago, the Olympics for me has truly came home and back to its core roots. 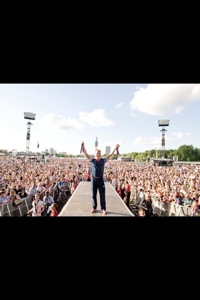 We've seen and heard the images of children being inspired and seen many people dusting off their trainers and giving sport a go. This is what needs to continue to truly rule these games as a success. The knock on effect of having a nation that participates rather than observe can only be good for us, you've got the obvious fact that people will become more healthier and then live longer, have less diseases and become less of a burden on the NHS. People will feel better and probably get on more with each other and be friendlier to one another, and in my eyes this will play a part in helping to gain economic stability. I mean think about in the industrial revolution did'nt leisure play a big part in making us a force to be reckoned with?

We've all seen the images whether it be a regular everyday person holding the Olympic flame through their community or it be Jessica Ennis crossing the finish line to claim her, our Olympic gold medal these images can inspire the future. But not by themselves, we now need to remember the feel good nature these games have given us, with the feeling of winning and keep being inspired to do sport. For me changes need to be made to allow children to do more sport in school. I had 2-3 hours a week at school when I was a child and that wasn't enough. Yes I understand the argument that some children plain don;t like sport but they need to understand why sport and health and fitness are important to them and how it can contribute to the country. This is what the Olympics needs to ensure it does, many children only get to try a few track and field events and then rugby, football and cricket in schools we need to invest in coaches, the infrastructure of sport in schools and professional clubs and ensure that every community has access for children and adults to always participate in sport. 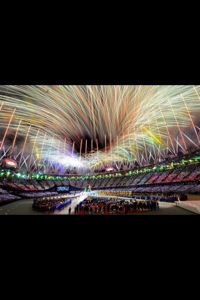 The games were fantastic and Team GB did us proud, but now the legacy needs to continue and only by ensuring this momentum keeps going will these games be seen as true success....
Posted by Dales84 at 13:25