One of my last blog posts titled T-Minus 3 days and counting was written just over a week ago. I sit here, quite tired so my ability to string together coherent sentances might make for interesting reading. Now many people might think its due to have the new born baby in our lives, but the answer to this is no, not yet, unfortunately.

The baby is now 5 days over due and our best laid plans of sending away sister had to reversed yesterday due to us missing her and not wanting her to feel shunned away and left out. Then it happened, not like you see in movies. My girlfriend started having what she originally thought ere painful braxton hicks, these kept coming until 3 hours later we decided to call the labour ward who called us in.

In this panic we had to wake big sister up, ring her grandad to meet us at the hospital to collect her and take her back. We then got to the hospital and after a few tests and a short wait we were told to go home and try rest a bit there, this would be for the best.

Now theres always lots of jokes about child birth can;t be that bad etc, but after seeing what my girlfriend is going through, the regular shoots of pain and not being able to sleep due to this I say this, Hat's off women, its look excruiating! And the worst thing for me is having to see her go through all this and knowing theres nothing I could do, I just have to be there for her, and it feels like a massive cop out that I can;t do much else than time the contractions and get her water, I feel bad. Earlier today she said make it stop, inbetween these contractions, I said the only thing I could do was to try build a time machine and go forward in time to when the baby is born, if I could I would, I'd build the Tardis! 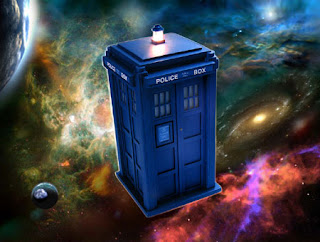 The great thing about my girlfriend is she actually apologised to me, you might say what the hell for and you'd be right, she said sorry because all this was happening on my birthday. I laughed and told don't be so daft, if the baby came today it would be fantastic, but it doesn't matter about my birthday all that matters right now is her and the baby. So I shall leave you on this cliff hanger, hopefully shortly enough she will be through the pains of labour and she will be blogging herself about our new arrival, till then I bid you farewell.
Posted by Dales84 at 07:48