OH (Ginger) decided to treat me for my birthday, so she had planned a trip for us. She kept the location and details a closely guarded secret. Until 2 days before our trip I had no idea where we were going, but her mum accidently let slip and told me we were off to Liverpool. I was thrilled as this was where I went to Uni and somewhere I love to go. We arrived and were staying in some apartments in the city centre called signature living. The apartments were great, finished to a high spec, and were close to everything the city has to offer. They were priced reasonably and the staff were amazing, considering it was an apartment, where I thought we'd be left on our own the staff were clearly visible and easily accessible should we need them, but everything was great and we didn't need them. They would check up on us on a daily basis to ensure everything was up to standard which was good to know, I'd certainly recommend them if you ever go to Liverpool and will be using them again on my next visit. 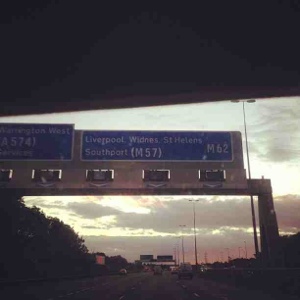 Waking up at my own bodies request this morning was great, I didn't have to wake to make a bottle or to do the school run, I woke when my body was ready to. The day ahead had been vaguely planned the previous evening but there are many gaps, due to my Ginger planning something for me age us being strangely mysterious about and not giving any clues away.

We started the day as any other with breakfast before parking the car in a cheaper place than we dumped it last night and the headed to the city centre. Liverpool, since 2008 has changed dramatically in the shopping area, with Liverpool 1 now the main area. It's a clean well maintained area and nice to walk around, however we didn't spend much time here as we were simply walking through to get to the Albert docks. Here we went to the Beatles story, a museum dedicated to the Fab 4. I had been previously in my Uni days but my Ginger hasn't been before. It's a great museum full of Beatles memorabilia and tells you all about each band member and paints a picture of Liverpool at the time. It's hard when you live here not to be Engrossed in the 60s as there are plenty of reminders. Walking through the museum shows you the awesome power, and legacy the Beatles have and reminds you, if you should ever forget which is hard to do in Liverpool of just how stunningly Iconic the Beatles are. 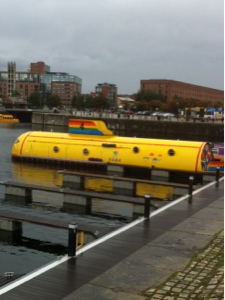 For the evening of our second day Ginger had a surprise in store, As time ticked, she gave nothing away, except say something, then get confused and reply, "I think it's just best you do as I say!" Whatever could it be? We set off on our merry way, me feeling a little nervous due to knowing Ginger was in charge. We walked past a pub where she said, oh we're early lets get a drink, so we did. 20 minutes later sat at our table I was hit over the head, it was my friend Don whom I lived with at Uni, for a split second I thought he'd just bumped into us, then I realised this wasn't the case and infact my surprise was an evening with Don and his fiancé Gina. Which was great as I always meet up with Don for a drink when I'm in Liverpool but its been over a year since my last visit and so to have a full night out to catch up brings me back to my Uni days.

After our brief drink we left for our meal which again was a closely guarded secret by Don and everyone, and that is where my picture lies. The meal was at Liverpool fc's home. My spiritual home, Anfield. It was at the Boot Room restaurant. I'd always wanted to go here just never got the chance, but today was my day. We ate our meal and Don was served his, as he was he realised he knew the manager, so as an extra treat his friend gave us programmes from the last game, against Manchester United. This was a significant game not only because it was against a bitter local rival but because it was our first home game since the Hillsborough truth was unveiled. I collect footy programmes so this one will be special in my collection. The meal was great, the company was fantastic and everyone was having a good time. The girls bought cocktails which took 7 minutes to make, that's not because the staff took their time, it actually takes 7 minutes to make and when it came it was pretty strong. 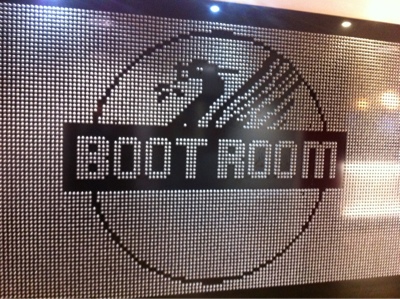 After the meal we headed to town for some more drinks, we headed to the Cavern club, an appropriate place to finish our day after our tour of the Beatles museum. Live bands were playing Beatles songs. This was Gingers first time in the cavern. Myself and Don had been here plenty as had Gina, there's no way you can live in Liverpool without going to the cavern at least once. The walls are steeped in history, people writing their babes on there visit. Although this isn't the original cavern it still holds many memories if different people's pilgrimage to this rock historical site, there's also plenty if memories of big, famous bands coming to play here just to be part if that history. We stayed for quite a few hours, drinking, listening, laughing and building a glass bottle tower, which the bar staff weren't too impressed with and in all it was a great night, a great night that has led Ginger to be sick, and extremely hung over the next morning, me I'm just happy. 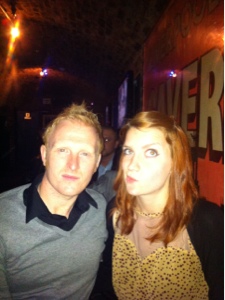 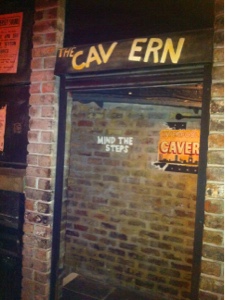 Our last day of freedom in the city of Liverpool saw us take in a spot of shopping. Ginger didn't wake up until noon due to the previous nights antics. We went for some food before walking round the shops in the redeveloped Liverpool One area. The area was built as part of Liverpools redevelopment for the 2008 capital of culture bid. If you have never been I'd strongly recommend it as its stylish, yet peaceful area to walk round. It boosts shops for everyone from HMV and Zara to John Lewis and Sports Direct. It also has an entertainment and food part of the complex. After grabbing some food we took our time to walk round the shops and liked for presents and Christmas ideas for the children and family.

After Ginger did some Sobering (She still claims she was just ill but we all know different) up we went back to our apartment to get ready for the evening. Ginger had bought us tickets to go see John Bishop live at the Echo Arena, he is one of my favourite comedians. I saw him live in 2010 in Bradford with my mate Jonny. He was great there, really funny with life observational humour. I was looking forward to seeing him again after she told me at the start of the week we were going to see him, our seats were right at the front and the stage was pretty impressive. His show was again very funny with a few surprises on the way, however I don't want to go into detail about his jokes etc just incase in ruins any show you may go to if his, lets just say the way he ends his show is in particular quite funny, and I can see me having the same parenting mentality as the 'Bish' once my children get older. 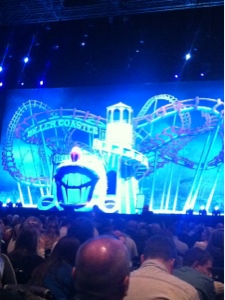 Unfortunately all good things must come to an end. The Liverpool trip was over. It was great to go back to the city, and I was so happy to be there. At the end of the trip I was looking forward to seeing my daughters whom I hadn't seen for 3-4 days but I was also sad. Sad because Liverpool is a city I love being in, I feel at home there because I know it's ins and outs, where everything is, where is good to go and where to avoid. I feel comfortable there, Liverpool to me feels home. I have many happy memories there, of which I've just added more to it. I still have friends there, and at moment I don't have that in York. But it's something else I can't quite put my finger on, some deep lying connection with Liverpool that I can't transform into words, after I left Leeds where I'd lived for 2 and a half years I don't get the same feeling when I return. I guess this must be how Ginger feels about York. 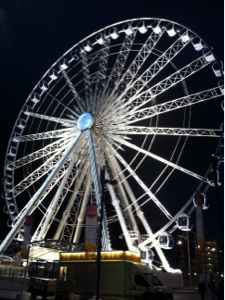