The other day my girlfriend and the kids went to stay at her mums for the night. This was purely because I was working stupid hours and she decided she wanted some company and someone else to look after the children so she could relax a little, and quite rightly so. But whilst they ere away it meant I was home alone, which might sound appealing but after around 5 minutes it gets boring, the house is too quiet and I miss them all terribly. Plus they sent me a Tweet of a picture of them all saying they miss daddy. But then Peagreen (My girlfriend) said she wanted me to buy an iPad so she can use it (suddenly missing them went out the window, joking!)

This got me thinking (missing them, not the iPad) My girlfriend has to stay at home whilst I'm at work and I feel for her. She is a fiercely strong woman who likes to have a goal, a task to work to. She needs time to be an adult and recently this has been taken away due to now doubling up from Children, going from one child to two.

Previously Peagreen (my girlfriend) would have eldest daughter in nursery and get to work. She enjoys work as it's time for her, she gets to meet people, talk and at her last work in the cafe before it shut down was creative and hands on with the running of it as manager. However since being pregnant and having child this has been taken away, she yurns for this, and one day, I'm sure she'll have it back. Last week we went to the pub with some friends to try subside the feeling of being stuck in the house and stuck in the same routine. Although Rabbit enjoyed himself a little too much, I think he might have an alcohol problem..... 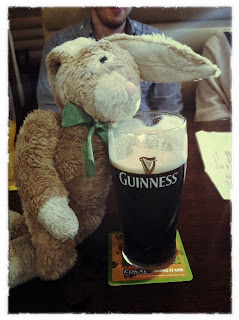 Anywho to help subside her decline into childhood and going mad at having no adult contact during the daytime she, tomorrow is going out for the day with a few of her good friends, alone, not with me, and especially no kids. Thus meaning I'm left alone with the children, by myself, for the first time since our stock doubled. SCARY!!!!!! Now TV (Youngest child) is my first and I've never really been left with a baby, ER (Eldest) is fine and no problem I have loads of experience dealing with smallish kids and to be fair I'm a big kid myself.

However I've enlisted some professional help for the day, a cheat. Of course no other than my Mam, or Nana to TV and ER. I called her and she is missing the grandkids and was planning a visit so she decided to come on the same day Peagreen is with friends, to be fair this wasn't planned on purpose although Peagreen doesn't believe me. To be honest I'm looking forward to it, some quality time with the kids but also my Mam. I'm very close to her and since I moved away always feel guilty that I don't see her as much as we've always been close, I still call a lot but I worry about her even though my two sisters live within 5 minutes max of her. So tomorrow I am looking for to the girls Mummy having the day off and being an adult (I just hope she returns) and also spending time with my Mummy. 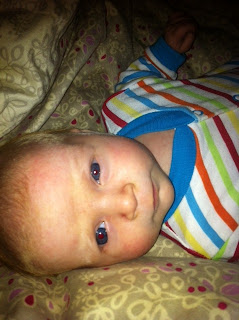 Hopefully TV will decide to smile tomorrow, she has been now smiling occasionally, which always lights up my day, and I'm sure if she smiles at Nana it will make her day also. But most importantly I ant Peagreen to have a great day and forget about her troubles, she deserves it and she needs to know that I couldn't imagine what she has to go through when I'm at work and for that I respect and love her, I don;t think I could be stuck with the 2 little ones all day everyday.