Today I went to the Olympics. Ok I was in newcastle watching the women's football but it's part of the Olympics so it counts. I went to see Canada v Sweden and France v Columbia. I really enjoyed it and it only made me wish I was more successful and had got more of the tickets I'd originally requested. As I got to my seat someone was sat in it, no matter though there were plenty of seats to choose from.

I did feel a bit sad though as the stadium was largely empty, but the British fans of course are always the best at having a laugh and enjoying i, the women's football was quite good and the standard of play was better that I thought it was going to be, Canada in particular impressed me with some great attacking play.

There were also plenty of mexican waves going on, which many people joined in with. If you get the chance I'd recommend going along to one of the games they are definitely worth it 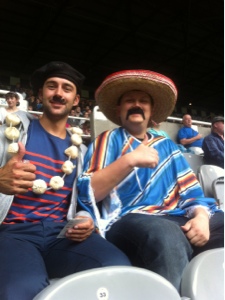 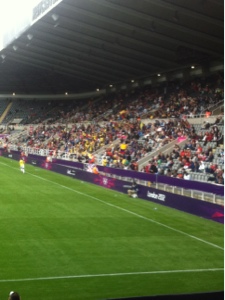 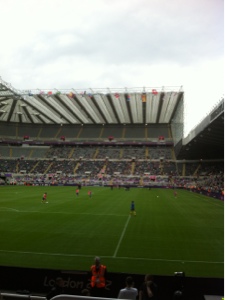